Mster has always referred to President Obama as Rock Obama. Whenever she sees his picture she points and shouts out his name in glee and excitement that she recognizes someone in mainstream media.

Today while we were driving to the library Mster informed me that she was mistaken and we did not just pass by Rock Obama's house. I asked her what she was talking about.

As I've been working on finding good deals and using coupons and such I've decided to start getting a years supply of (enter product here) for as many items as will store for a year.

I'm Mormon and we are encouraged to have a year's supply of food and necessessities for whenever and whatever might happen. Whenever I think about getting a years supply of anything I remember being a missionary in DC and being ask to guest teach a univeristy class on comparitive religion. At the end of the class we (the missionaries) opened it up to questions. Most of the questions were moral based. Do you believe in euthanasia? What is your position on...? Then one lady raises her hand and says..."what's up with the years supply thing. My neighbor has a basement full of food. That's weird."

But its not weird. I know of many people who have lived off of their food storage when times have gotten tough, jobs lost, etc. And so...I've decided to work on it. When I get a great deal, I buy lots of it (if it will keep) and I realized today we are doing really well.

I'm going to have an active list in my sidebar so I can keep track of what I have. I'll start putting it together in the next few days.
Posted by Squishy Burrito at 6:49 PM 1 comment:

Um...I don't know what to say but its crazy beyond my imagination. I mean I guess I could be making thousands of clips and have a staff or something but for me just sitting on my couch making clips to one store the success has been phenomenal.

I took a little break this spring and finally got motivated to make more clips in June. Bella had been asking for a sports line for a few months and I realized it was time I got my act together and started making some more product.

So I worked my tail off and brought them what I thought was a reasonable amount of clips. They loved them and made some more requests for new hair clips. I then got super motivated and a week later I came in with over 120 clips I had made in the past week. Some of them were new clips and some were to restock items they had sold recently. They bought them all and made even more requests for different styles of new clips. I got to work again and called the store to set up a time to bring them the clips but apparently in the week or 2 where I had brought in all the other clips they had sold out of a bunch of them. So I went in that afternoon and took inventory to see what they needed.

Today I went in with around 70 clips and they yet again made more suggestions on clips they wanted me to start making. I went home a pretty happy girl and started making dinner. The phone rang and it was the store. They wanted to tell me that a lady had just come in and bought out a complete style (I had just brought it in a few hours earlier).

I was going to take a night off and get some other things done but I'll be at it again on Monday filling the orders they just keep placing. I can't even imagine what I would do right now with another store to stock.

I put a link to the store on the right hand side bar. Check them out! Good prices and GREAT people. They will eventually do online purchasing and I know they are going to include my line in that endeavor.
Posted by Squishy Burrito at 6:53 PM No comments:

Things that only work at a 5 year old bday party

When it came time for cake I couldn't find anything to light the candles with. Other adults in the room distracted the children with a game of "who likes...?" while I franctically ran (read: waddled) around the house opening drawers and cupboards.

So I pulled out a plastic french fry and introduced everybody to my "match". I "lit" the candles, we sang Happy Birthday and Mster blew them all out. We cut the cake and nobody made any comment about the fact that there wasn't actually fire.
Posted by Squishy Burrito at 7:34 AM No comments:

Where was that again?

Today Mster and I were talking about Adam and Eve. I asked her which garden they were in (she gets all the gardens confused) and she hummed and hahhed for a bit. I told her it was the name of her good friends little sister to which she immediately shouted out...

THE GARDEN OF ASPEN!!!

(this will probably be more funny to those of you that know the family because her friend really does have a littler sister called Aspen)
Posted by Squishy Burrito at 8:19 PM No comments:

Apparently there was a record broken this weekend for the worlds largest cupcake. Not to be picky about it but isn't a cupcake just a smaller version of a cake, like lets say about a cup? So anything bigger than an average cupcake could probably fall into the category of oh, I don't know...cake!!
Posted by Squishy Burrito at 7:03 PM 1 comment:

I like to read. I don't always read as much as I'd like. I let other priorities get in the way but I do enjoy a good book.

The author of a book I enjoy died today. Frank McCourt. I really liked Angela's Ashes. I'm also the type of person that if I like a book by an author I will read everything else they've written too. I enjoyed his other books, Tis and Teacherman, but I liked Angela's Ashes best. I read it years and years ago and it was like nothing I had every read. It was depressing. It was interesting. It was voyerism. It was a world I knew nothing of.

If you haven't read it are in the mood for a depressing biography of an ordinary boy living in Limerick, Ireland with a drunk of a father, a desperate mother, a house full of siblings and some catholic priests than read away in his memory.
Posted by Squishy Burrito at 6:52 PM No comments:

Things you don't want to hear from your 2 year old

It was a dry pinto bean. Luckily I got it out quickly and he hadn't jammed it in there but I sure hope this is not a start to other nose (or ear) situations.
Posted by Squishy Burrito at 2:28 PM 1 comment:

While I was shaving Cster's head we heard some chaos and yelling downstairs in the kitchen followed by crying. Shortly after, Lster came into our room with tears rolling down his cheeks. Apparently he was putting his noodles in Mster's bowl so she knocked him over onto the ground. He calmed down pretty quickly when he realized all the coolness of shaving a head.

Then, out of the blue, he leaves the room and yells from the top of the stairs.

"Mster...you have to go to your room you should not knock people over."

Mster must have questioned his authority because the next line he said was...

Deals of the Week - Update

I haven't posted any of my latest finds lately. This one is a few weeks old.

Some may ask what in the world we will do with 10 boxes of fruit loops. Cster did. And to all I reply they are our church snack food. The kids have to eat somewhat healthy cereal for breakfast but I let them eat sugar cereal as treats during church and only church.

Yesterday I got 90 Luv diapers for $6.50.I realized I need to get on buying baby supplies relatively soon considering I'm due in a month and was pretty proud of myself for snagging such a great deal my first week of trying. I used both a manufacturers coupon and an online coupon from pgesaver.com along with a store sale to snag the great deal.

I went with Mster and we stopped off at 7-11 on the way home because every year on July 11 they give away free slurpees. Of course since it was 6:30pm they were out but the clerk was super nice and gave Mster a free one anyway.
Posted by Squishy Burrito at 8:21 AM 2 comments:

I've decided that water is key to all things summer fun. If I put my kids in a bathing suit and put them near water we have hours of entertainment. It can be at our house, at a splash park, in the pool, it doesn't matter, water is fun.

Yesterday we went to this park 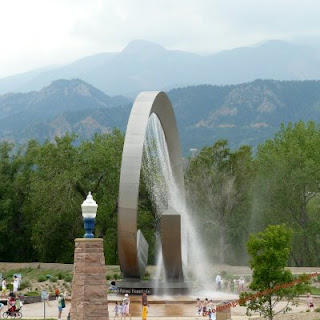 We've spent some time in our pool in the front yard. 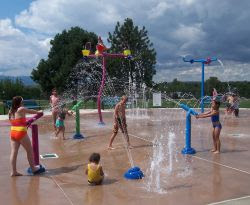 Posted by Squishy Burrito at 7:37 AM No comments:

Things that make me smile

I found a new website that often brings a smile to my face.

Not every picture is funny but it makes me laugh, most of the time.
Posted by Squishy Burrito at 7:31 AM 1 comment:

It could have happened on Canada day but apparently we weren't around to answer the door to our postman who would have handed me Lster's Canadian citizen card. But, its official. Lster is Canadian. Yeah for Lster!
Posted by Squishy Burrito at 1:03 PM 1 comment:

This post is more for me than you. I wanted to have a record of the list.

Today I turn a day older. Mster's a bit confused. She's wondering why I'm not taller than yesterday.
Posted by Squishy Burrito at 7:45 AM 2 comments: